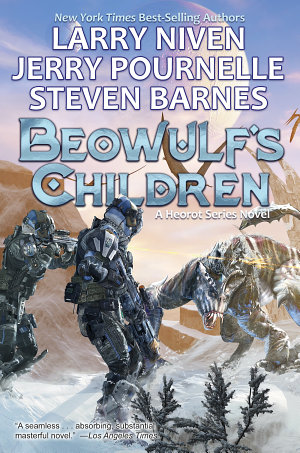 BOOK TWO IN THE CLASSIC HEOROT SERIES FROM GENRE LEGENDS LARRY NIVEN, JERRY POURNELLE, AND STEVEN BARNES. Some twenty years have passed since the passengers and crew of the starship Geographic established a colony on the hostile alien world of Avalon. In that time, a new generation has grown up in the peace and serenity of the island paradise of Camelot, ignorant of the Great Grendel Wars fought between their parents and grandparents and the monstrous inhabitants of Avalon. Now, under the influence of a charismatic leader, a group of young rebels makes for the mainland, intent on establishing their own colony, sure that they can vanquish any foe that should stand in their way. But they will soon discover that Avalon holds darker secrets still. At the publisher's request, this title is sold without DRM (Digital Rights Management). About Beowulf's Children: "Few writers have a finer pedigree than those here. . . . As one might suspect Beowulf's Children is seamless . . . absorbing, substantial . . . masterful novel."—Los Angeles Times "Panoramic SF adventure at its best."—Library Journal About prequel The Legacy of Heorot: "Page-turning action and suspense, good characterization and convincing setting . . . may be the best thing any of those authors has written.”—The Denver Post “Outstanding! . . . The best ever, by the best in the field . . . the ultimate combination of imagination and realism.”—Tom Clancy “Well written, action-packed and tension filled . . . makes Aliens look like a Disney nature film."—The Washington Post “Spine-tingling ecological tale of terror.”—Locus About Larry Niven & Jerry Pournelle: "Possibly the greatest science fiction novel I have ever read."—Robert A. Heinlein on The Mote in God's Eye About Larry Niven: “Larry Niven’s Ringworld remains one of the all-time classic travelogues of science fiction — a new and amazing world and fantastic companions.”—Greg Bear "Our premier hard SF writer.”—The Baltimore Sun"The scope of Larry Niven's work is so vast that only a writer of supreme talent could disguise the fact as well as he can."—Tom Clancy "Niven is a true master."—Frederik Pohl About Jerry Pournelle: "Jerry Pournelle is one of science fiction's greatest storytellers."—Poul Anderson "Jerry Pournelle's trademark is first-rate action against well-realized backgrounds of hard science and hardball politics."—David Drake "Rousing . . . The Best of the Genre."—The New York Times "On the cover . . . is the claim 'No. 1 Adventure Novel of the Year.' And well it might be."—Milwaukee Journal on Janissaries About Steven Barnes: “Brilliant, surprising, and devastating.”—David Mack “Sharp, observant and scary.”—Greg Bear "Profound and exhilarating."—Maurice Broaddus, author of The Knights of Breton Court “Barnes gives us characters that are vividly real people, conceived with insight and portrayed with compassion and rare skill and then he stokes the suspense up to levels that will make the reader miss sleep and be late for work.”—Tim Powers “[Barnes] combines imagination, anthropology and beautiful storytelling as he takes readers to the foot of the Great Mountain, today known as Mount Kilimanjaro.”—Durham Triangle Tribune on Great Sky Woman 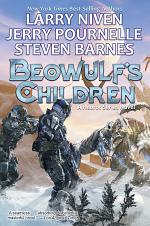 Authors: Larry Niven, Jerry Pournelle, Steven Barnes
Categories: Fiction
BOOK TWO IN THE CLASSIC HEOROT SERIES FROM GENRE LEGENDS LARRY NIVEN, JERRY POURNELLE, AND STEVEN BARNES. Some twenty years have passed since the passengers and crew of the starship Geographic established a colony on the hostile alien world of Avalon. In that time, a new generation has grown up 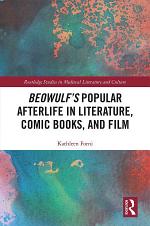 Authors: Kathleen Forni
Categories: Literary Criticism
Beowulf's presence on the popular cultural radar has increased in the past two decades, coincident with cultural crisis and change. Why? By way of a fusion of cultural studies, adaptation theory, and monster theory, Beowulf's Popular Afterlife examines a wide range of Anglo-American retellings and appropriations found in literary texts, 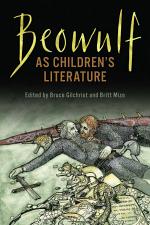 Authors: Bruce Gilchrist, Britt Mize
Categories: Literary Criticism
Beowulf as Children's Literature brings together a group of scholars and creators to address important issues of adapting the Old English poem into textual and pictorial forms that appeal to children, past and present. 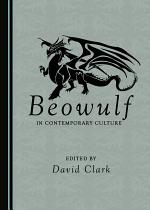 Authors: David Clark
Categories: Poetry
This collection explores Beowulf’s extensive impact on contemporary culture across a wide range of forms. The last 15 years have seen an intensification of scholarly interest in medievalism and reimaginings of the Middle Ages. However, in spite of the growing prominence of medievalism both in academic discourse and popular culture—and 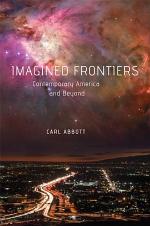 Authors: Carl Abbott
Categories: History
We live near the edge—whether in a settlement at the core of the Rockies, a gated community tucked into the wilds of the Santa Monica Mountains, a silicon culture emerging in the suburbs, or, in the future, homesteading on a terraformed Mars. In Imagined Frontiers, urban historian and popular culture